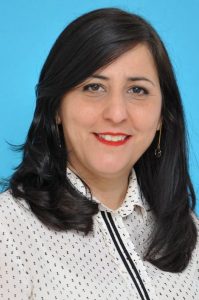 Gezeel Jarroush Absawy is the director of the elementary school in Haifa. Gezeel is a resident of the village Isfiya and holds a master’s degree with honors in educational counseling from the University of Haifa. She has worked at the Orthodox Arab School in Haifa since 1995, first as a coordinator for ninth-grade students, and later as the school’s pedagogical coordinator. She has also been working and training with Jewish and Arab educators in recent years, particularly on Social-Emotional Learning (SEL).