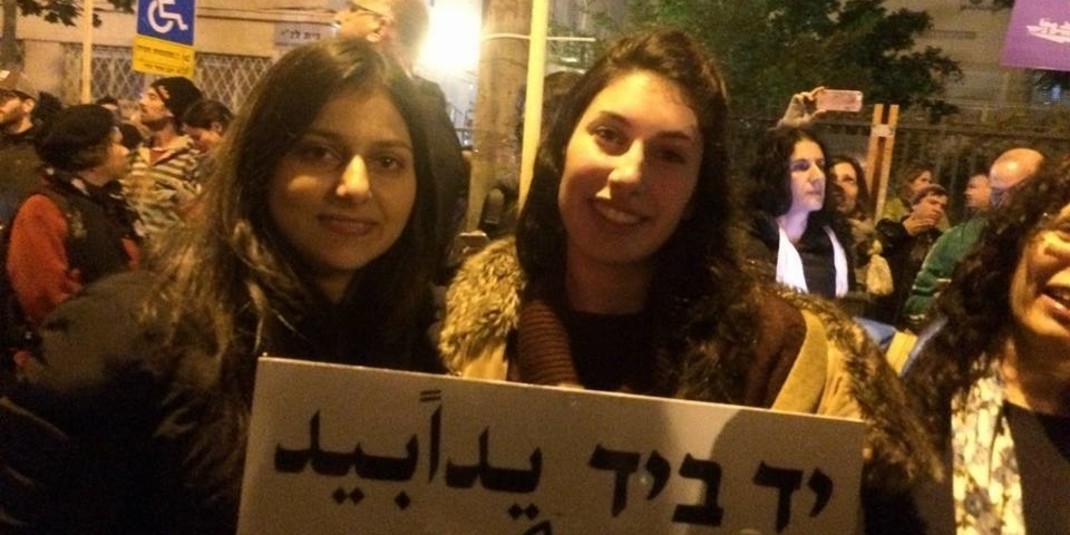 In February 2017, Hand in Hand Alumni Fatima Yahia and Bar Itamari stood together in front of thousands at a gathering for Jewish-Arab cooperation and said: “We are here to assure all of you that living together is possible.”

Bar and Fatima became friends in 1st grade when they started in Hand in Hand’s Wadi Ara School, Gesher al HaWadi, in 2004. After they graduated 6th grade in 2009, they went to different schools, but stayed in touch as they grew up and kept the values they learned in school alive in their daily lives.

Below is Fatima’s story, to read Bar’s click here.

I grew up in the village of Kfar Qara. I’m the oldest of two, and both me and my younger sister Zeina went to Hand in Hand. I live close to my mother’s family in the village, and my cousins and I would always go straight to my grandparent’s house when we can home from school. Kfar Qara will always be my home, I will always come back here.

I joined Hand in Hand in first grade, in the first year of the school. My parents really believe in shared living and in equality and they thought that it would be empowering for me to be in a shared school, to give me something that they didn’t have. It was important for my family that we are successful academically, my parents always pushed us to do well in school. They know that as an Arab citizen in Israel, it’s harder to succeed and they wanted to give us the best. They also always wanted us to be rooted in our Palestinian identity and to be aware of our history and of current events. At the same time, I also learned from them that we need to understand the other side, to know both narratives. I remember that before I started in Hand in Hand, they debated whether they wanted to send me – it was a big decision, because it was a new school, and they were worried that i would lose my identity. What they didn’t know then was that the opposite would happen.

In my years at Hand in Hand, we were asked big questions from a young age. And asking those questions – about our who we are and what we believe, solidified our sense of self, while still remaining open to others who were different. I learned about who I was by being with people who are different from me.

Fatima with Bar and their classmates in 2006

This really stood out to me when I left school and moved to an all-Arab school in 7th grade, it was shocking. The classes were huge, the teachers weren’t as friendly. I also realized that I had a much stronger sense of identity then some of my peers, so when Land Day was coming up, I asked the teachers what we were going to do to mark the day. What I got back was blank stares, from teachers and students. Everybody in my school was scared to talk about it, so they just ignored the hard questions and nobody said anything.  When I moved up to a high school that did address these questions, still something was missing. It was still only one side of the story.

It’s natural for every person to only know their side of a story – most people don’t really learn how to listen. But from a young age, I learned how to listen and how to hold a lot of different perspectives, even when it was hard. I take this with me everywhere I go. I also see this in the other alumni when I meet them in other places – we know how to listen to people who are different without it shaking our resolve. We can listen because we know who we are.

Growing up I always wanted to be a journalist. I would always love watching the news, absorbing information about the world around me. When I was in first grade I was an actress in Sayed Kashua’s show, Arab Labor. I really admire him and his writing.  I also understood that journalists have so much power to shape how people think – power that can be used for good or for bad.

Right now I’ve changed that direction a bit – I’m signed up for an honors course in psychology and brain science in Tel Aviv University. While I move forward in my life, my years at Hand in Hand will always stay with me, I will always have an open heart, and a strong sense of self, I am always ready to listen. 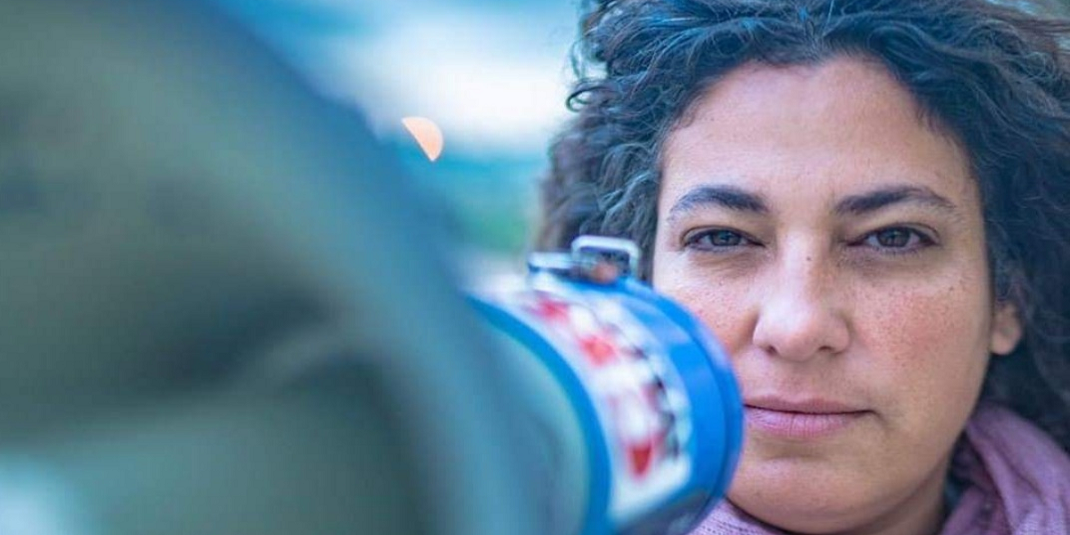 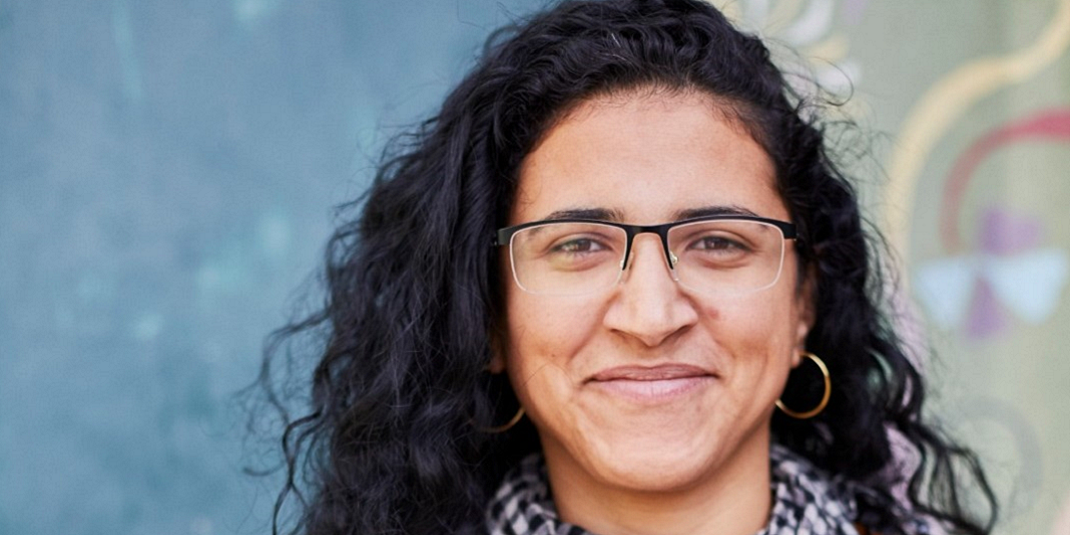 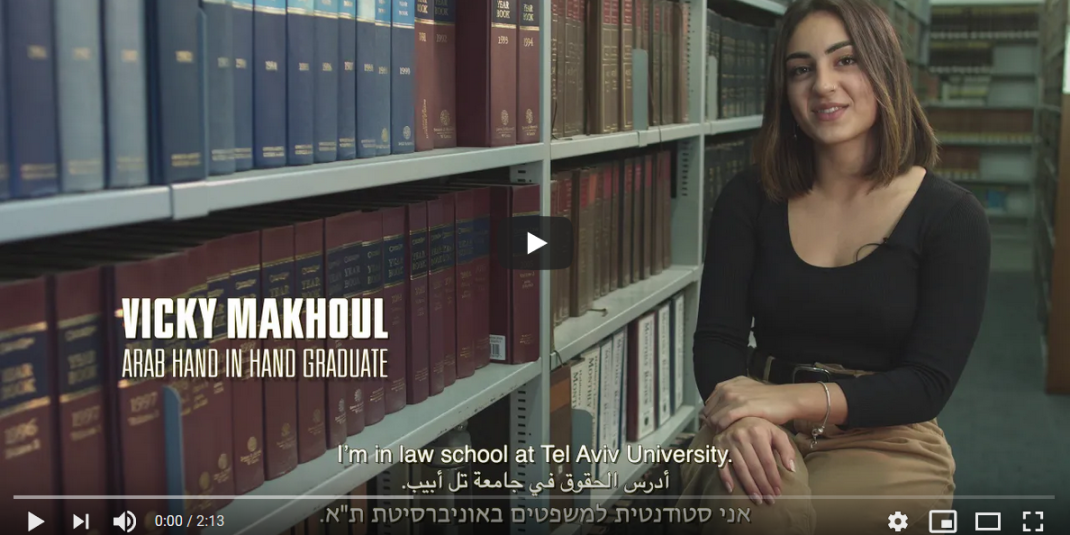 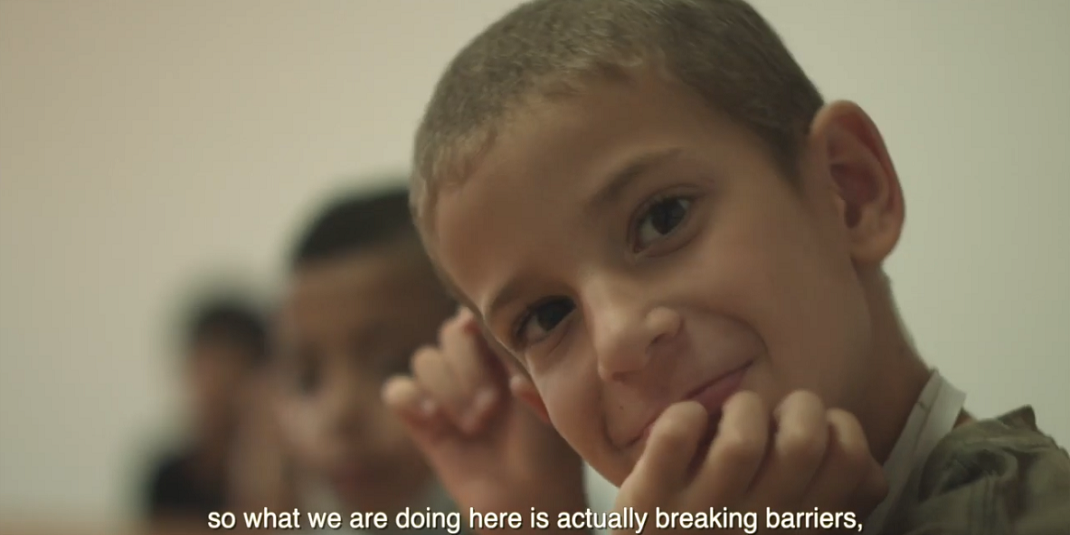